Click here to read the introduction to the Round and Square series "Hurtin', Leavin', and Longin'..." 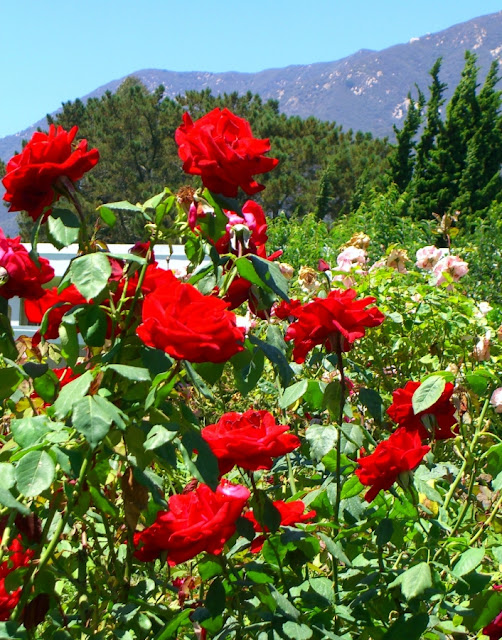 I'm going easy on y'all. Today's song doesn't hurt that much. It's about shades of gray (grey). If we agree to consider a song such as "I'd Be Better Off in a Pine Box" to be on the extreme end of the hurtin' pole, and "I'm the Happiest Girl in the Whole USA" as the jolly end, well, Lynn Anderson's 1970 classic is, um, somewhere in the middle.

Life ain't perfect, she seems to sing. On the other hand, it ain't all that bad, given the upbeat lyrics and (especially if you check out the video) themes. If these shades are gray, it seems to say, they are fluffy and light. Take a look and listen. The lyrics here are not so much the story this week as the overall themes and presentation. For that reason, I encourage you to watch the video. It is very much a product of its era, as you will see.


I Never Promised You a Rose Garden 2:50

I beg your pardon
I never promised you a rose garden

I could sing you a tune and promise you the moon
But if that's what it takes to hold you
I'd just as soon let you go
But there's one thing I want you to know
You better look before you leap, still waters run deep
And there won't always be someone there to pull you out
And you know what I'm talkin' about
So smile for a while and let's be jolly
Love shouldn't be so melancholy
Come along and share the good times while we can

I beg your pardon
I never promised you a rose garden

Along with the sunshine
There's gotta be a little rain some time
"Along with the sunshine, there's gotta be a little rain sometimes." That sounds pretty reasonable, doesn't it? As I said, this is about as "sunny" as it gets in our "Hurtin', Leavin', and Longin' series. What kind of East Asian lyric might provide a parallel? Again (this is becoming a theme, it seems)...a whole passel of 'em. I have chosen (this is also a longstanding theme in this series) to go against the grain. Let's read an extended narrative from the Japanese classic Tales of Ise (Ise monogatari; 伊勢物語). Here, the shades of gray are a little bit darker...but still gray. If you read it carefully, you will also find a very strange narrative arc. Take a look.

Tales of Ise (Ninth century)
Tale 21
Once a man and a woman loved one another dearly. I am not sure what happened—nothing of any importance—but the woman grew unhappy with the relationship and decided to go away. She left behind this poem, scribbled on something in the house:

If I go away
others will doubtless conclude
that I am fickle.
They have no way of knowing
what has passed between us.

The man was astonished and bewildered that she should have written in that vein, because he could think of nothing at which she might have taken offense. He went outside the gate, weeping bitterly and wondering where to search first, but though he looked this way and that, he had no notion of where to start, and he finally went back inside. He recited this poem.

In our marriage
my love counted for nothing—
yet for all those years
was I ever once untrue
to my pledge of constancy?

Then he sat staring gloomily into space. He also composed this:

I wonder if she
might still be thinking of me.
Fair as a gemmed fillet,
time after time her image
rises before my mind's eye.

After a long time, the woman sent him this, possibly because she could no longer control her feelings:

Perhaps you believe
it is time to forget me—
yet I would like
to stop the "forgetting-grass" seed
from being planted in your heart.

Had I so much as heard
that you were planting the grass
of forgetfulness,
I would have understood:
"Ah, she still remembers me!"

With that, there began a new intimacy even closer than the old. One day the man composed this poem:

Because of these doubts—
these fears that even now
you are forgetting—
my misery is greater
than when we were estranged.

Because of your doubts,
I feel on the point of death,
ready to vanish
like a cloud in the heavens
dissolving without a trace.

But in the end they found new partners and separated.

NEXT
Sunday, March 3rd
Fightin' Words
Loretta Lynn is fighting back, and we'll see just how in two weeks (we'll take a week off next week). She's feisty, argumentative, and pretty darned convincing. You see, she has a gendered argument that is, well...gendered and argumentative. Stay tuned next week for the fireworks.