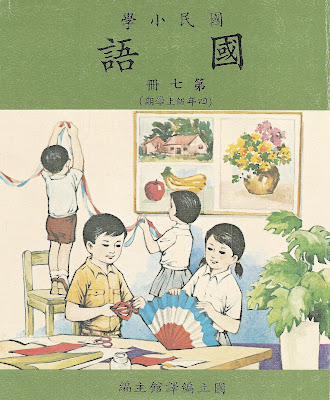 [4]
We continue the introduction to the Round and Square series "Primary Sources" with a look at traditional education in Chinese history. There are significant continuities and contrasts. To begin, the idea of a standard six-, nine-, or twelve-year educational program for all members of society was rather late in arriving. It was not quite as elitist, however, as general textbooks sometimes imply. As early as the Song dynasty (960-1279), private academies and clan-based charitable organizations were developed, and often held ideals of educating all young men in their family grouping. Still, even with these charitable institutions, there were significant gaps in access to education. Women, in particular, had far fewer opportunities than men, and it was not unusual for families to teach women the domestic arts, but not reading and writing. The ideal for many households of means was for women to spend their lives in the inner quarters, not venturing out into the broader world, except for very special events.

There are significant exceptions, though. In the Han dynasty, Ban Zhao (CE 45-116) was one of the foremost minds of her time. Educated at home alongside her talented brothers, she wrote poetry, essays, and—with enormous skill—finished the monumental historical work begun by her father and continued by her brothers, the Hanshu (History of the Han). On the other hand, she is probably even better known for an influential treatise on a woman's life that stated her submission to three men—her father, her husband, and, ultimately, her son. Given her educational achievements, such a statement is surprising, but it remains the case that it was the rare woman in imperial China who exerted intellectual influence beyond her family unit.

Li Qingzhao (1084-c.1150), a Song dynasty poet, is another great example of exceptional talent in the literary arts. Her poetry has long been anthologized, and her pieces flow with grace and elegance. She was raised in a literary family and had an unusually close relationship with her husband, whose literary interests she shared until his death in 1129. Only about seventy of her poems survive, but they show a depth of learning and emotion that few poets ever attained. There are many more examples of such talent, but what unites them is the exceptional nature of their educations. They had access to the greatest works and the finest instruction because they had fathers who were willing to educate their daughters and were affluent enough to do so. By the Ming and Qing dynasties, highly educated women were not unusual. Still, it was not until the twentieth century that women attained equal legal access to education.


[5]
In a similar fashion, access to education was difficult in the past (and often is in the present) for working families. In fact, so rare was the ascent from working in the fields to the higher reaches of the examinations in imperial China that it  became something of a distant ideal, not unlike the "from a log cabin to the White House" ideal found in earlier American history. Yet, even though the reality was often quite different, examples of perseverance work their way through many of the books that Chinese children studied in their early years, and stories of diligence are gathered in textbooks in China, Taiwan, Singapore, and other locations where Chinese education flourishes.

In the later imperial era, the Three Character Classic (三字經) was one of the first books that a child would begin to memorize at the age of six or seven. Although arranged in a singsong fashion with an emphasis on brevity (each line is three characters long), this book is filled with the educational ideals espoused during the later imperial period, particularly diligence and commitment. The opening lines address the famous philosophical debate over whether people are born good or become good through learning. The text then goes on to address education, which starts in the home and continues with strict teaching and diligent study.

If children fail to study
This is inappropriate
If they don't learn in youth
What will happen when they are old?

The text goes on for hundreds of characters to describe key points in Chinese history and philosophy before closing with the lines below, again exhorting students to remain diligent and to study for the sake of their families and the good of society. It particularly addresses the concerns of those who do not have the means to obtain a good education. Whether they include people making their own books for composition practice, remaining awake after a hard day of work, or reading by natural light, the Three Character Classic offers examples of dedication. Learning, we are told, is what separates us from the rest of the natural world; it is what makes us human.

Learn in youth
Put it into practice when grown
Above, influence the ruler
Below, aid the people

Until the last imperial examination was given in 1905, a traditional education consisted of memorizing basic beginner texts, such as the one above, and moving quickly to the Four Books (四書) of Confucian teaching. From there, students would read history, philosophy, poetry, and the like, with the goal of passing the many levels of examinations that began at the local level, continued through various county and provincial levels, and ended in the imperial examinations given once every three years in the capital. Those who passed were the superstars of Chinese society, and both they and their families spent years preparing for the day that they would begin their official careers.
NEXT
Contemporary Education in the Chinese Speaking World
We'll continue this introductory series to "Primary Sources" with a look at the way education is organized in the People's Republic of China, Hong Kong (which has a slightly different system), and Taiwan.
Posted by Round and Square at 12:05 AM