A year ago on Round and Square (14 July 2011)—Le Tour de la France: Path Through the Forest 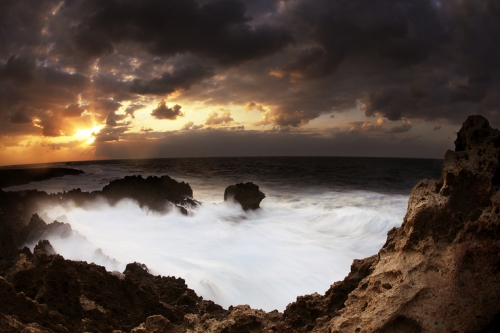 The first three entries (each in several segments) for the Round and Square series "Asian Ethnicities" deal with the majority ethnic groups in China, Japan, and Korea. We are starting with these groups precisely because they permeate all of the nooks and crannies of their respective histories. Indeed, the history of China is often taught (and this is especially true in Chinese schools) as the history of the Han ethnicity. As we shall see, this is particularly problematic in China, since the history of China can better—this is my opinion—be taught as a constant set of interactions with ethnic groups to the west, south, and especially north. It is no less important in Japan and Korea, however. The relative homgeneity of those populations exacerbate the problems, and engagement with various ethnic groups tends to be even further marginalized. I hope to give, in these introductory posts, a way of thinking about majority ethnicity in China, Japan, and Korea. These are by no means my last word on the subject(s). As you can see from the introduction to this series, these are works in process and are meant to be essays in every sense of the term.
Korea 韓國人 (朝鮮人)
Korea is a mountainous peninsula that has been the continual home for a remarkably distinct and largely endogamous ethnic group. Only twenty percent of the land is suitable for cultivation, and the geographic dividers have played a far more prominent role in Korea’s history than ethnic conflicts. The Korean people came from the north—as far away as Siberia—and have distant roots in Manchuria and Altaic-speaking tribes that were, in turn, linked to Mongolian, Turkic, and other north Asian peoples. For two millennia, Korea served as a cultural conduit between China and Japan, and has played a significant role in its own right in the historical growth of both of those civilizations.

Geography and History
Like the early Japanese, the early Koreans were a tribal people who relied on fishing and hunting before gradually developing an agricultural way of life. They had hereditary tribal leaders whose "rule" was tied to a nature-based religion similar to that of the early Japanese and the kami spirits that formed a cornerstone for the indigenous Shinto religion. Early Koreans believed that animals possessed spirits, and much early artwork speaks to this theme. The people "interacted" with this spirit world through spirit mediums who, as in early Japan, were primarily women and are still employed today to propitiate evil spirits in times of sickness and death.

The mythical founding of the Korean state in 2333 BCE was said to be the result of the union between the son of the divine creator and a female bear that had taken on human form. Chinese influence was perceptible by the tenth century BCE in the form of agriculture, bronze implements, and, later, iron. By the second century BCE, China extended direct rule over Korea. It is important to realize that, while Korea’s neighbor Japan was never occupied by a foreign land before the twentieth century, Korea's history is one of constant contact in both benign cultural and overtly militaristic ways with China, the Mongols, the Manchus, and others. Korea’s distinct geographical location has contributed mightily to its ethnic heritage and its history.

By the fourth century of the Common Era, Chinese influence had ebbed and the peninsula was divided into the "Three Kingdoms" of Koguryo, Paekche, and Silla, The distinct geographical divisions between these kingdoms played an enormous role in shaping ethnic identity at a critical stage of Korea’s history. Cultural influence from China remained enormous, and it was in this long period from roughly CE 300-800 that profound cultural exchanges took place between all three major East Asian states, with Korea serving as a significant conduit in the process. This influence occurred partly because the peninsula saw many Chinese refugees after a period of turmoil in China, and partly because Korean officials themselves eagerly sought cultural innovations from China, sending envoys to Chinese courts regularly. Intermarriage and cultural exchange was so common that much of the diversity within the Korean and Japanese majority ethnicities can be traced to this period.

The Three Kingdoms struggled for control for several centuries before Silla, with its capital in the extreme southeast of the peninsula (and perceived by more "sophisticated" Koreans to the north as "backward" in culture), got its finances, its military, and its administration in order and overwhelmed the other two. Silla had for centuries stuck to traditional animistic cults of its ancestors, even as the other kingdoms had embraced Confucianism and Buddhism. Now, however, the synthesis of Confucianism, Buddhism, and indigenous religion produced a powerful political and military ideology that lay at the heart of Silla's rule over the next several centuries, and would figure prominently in later Korean views of ethnic identity.

The result of the peninsula's unification was that it became more thoroughly influenced by China than before. Like Japan at roughly the same time, the Silla state embraced Buddhism and sought to make Korea into a replication of Tang dynasty China. The irony is that in both Japan and Korea Buddhism was a powerful political force, even as it was weakening in China at the same time. The Silla state was founded on Buddhism, and an administrative and social ranking system from earlier times called "bone ranks” developed layer-upon-layer of social and economic distinctions that would play a large role in differentiating people in a relatively homogeneous society.

By the tenth century, however, Silla's hold had weakened, peasant uprisings swept the country, and the vacuum was filled by one of the greatest leaps of social mobility in Korean history. Wang Kon, the son of a merchant, founded the Koryo dynasty and, perhaps ironically, helped begin a long process that would begin to freeze in place social status during the next millennium. Lasting from 918-1392, Koryo established a strong foundation of Chinese influenced government that introduced civil service examinations, central government schools, and a Chinese-style bureaucracy. There was a wide gap between government officials and "the people.,” which would accelerate in the centuries that followed. As early as the Koryo period, stories tell of aristocrats who were unwilling to debase themselves by traveling to "backward" regions, and distinctions of class, capital, and status were propelled by marriage politics and a growing civil service system.

During the next four and a half centuries what was happening in Koryo was closely paralleled by what was happening in Japan at exactly the same time—leading from a refined capital aristocracy in control of the nation to a fully feudal system dominated by great warrior families. In the thirteenth century the Mongols arrived, as they did practically everywhere else throughout eastern Europe and Asia, with the exception of Japan. In addition to the thorough military defeat inflicted upon the peninsula by the Mongols, the Korean aristocracy assimilated and intermarried with the Mongol rulers.

The years following the collapse of the Mongol empire were ones of great political confusion all over East Asia, and it is significant that China, Japan, and Korea each experienced levels of social conflict and ethnic reassessment during this period that would shape their later histories. In the Korean power vacuum that emerged, a general named Yi Song-gye, sent to attack Ming Chinese forces to the north, instead turned southward and attacked his own leaders, seizing control of the peninsula. He consolidated power and founded the last great dynasty, the Yi, which lasted until Japanese colonization of the peninsula in 1910.

In the twentieth century, Korea saw extremely divisive and often bloody conflict, ranging from the Japanese occupation to the Korean War. These conflicts played out in two distinct ways. The first kind saw Korea dealing with the pressures of outside forces, not the least of which was represented by Japanese colonial forces. The second occurred almost exclusively within the relatively homogeneous Koreans themselves. Indeed, even today’s division of the peninsula along the thirty-eighth parallel is far more one of geography and ideology than ethnicity. As during the great division of the peninsula into three kingdoms fifteen hundred years before, the landscape and terrain (with accompanying cultural changes over decades and even centuries) played a far more important role in differentiating the populace than ethnic heritage.