Just Do It Over (10b)—First and Second Presidential Debates

We left off yesterday with this thought. Why should the first time debating for president be so difficult...the second time around?

Part of it is structural, and on several levels. Some of these have seemed to elude a few interpreters lately. The part everyone agrees on is easy: even after just four years, a president becomes sheltered. One commentator (I think it was Chuck Todd on NBC) said something along the lines of this: "...just watch...if the president picks at his potatoes with his fork, all the guests start picking at their potatoes with their forks." Excellent point, and one that resonates for almost anyone who has spent a good deal of time studying history. Leaders (in any system) tend to dominate the discussion, and sheltering happens very quickly. Courtiers are as common today (in their own fashion) as they were under the reign of the Sun King (or the Qianlong emperor). It is one of the biggest management problems in world history, and it has never been solved. My management book will solve it, by the way, but that it not the point of this particular post.

No, there is something peculiar here that goes beyond the obviously lackadaisical approach in the first debate from every incumbent president in thirty-six years (the entire history of incumbents in presidential debates) with the exception of William Jefferson Clinton. Say what you will about Bubba, but it is hard to deny that he is the best politician of our lifetimes. He loved to run, loved to talk...and Bob Dole, for all his decency, didn't really like either one.

I call the 1996 debate an outlier, for better or worse.

So, presidents are sheltered, and that first debate of incumbency is often a cold shock for pampered presidents. Fine. There is more going on, though. Why do most incumbents wake up, as it were, and do better in the second debate? This was the case in 1984, 1992 (to some extent), 2004, and now. The general consensus is that the debate went reasonably well for President Obama on Tuesday. I don't care to get into the nitty-gritty of partisanship, but it isn't much of a stretch to say that the second debate went far better than the first for the incumbent. If you are willing to run with me on that idea, great. If not, I fear that it is not possible to get beyond partisanship here. In order to proceed, I am assuming that you're o.k. with "Obama did better on Tuesday than he did in the first debate."

O.k., now ask yourself this question. If he would have had exactly the same demeanor, exactly the same body language, in the first debate, how would it have gone? The conventional wisdom is that the election would be over—he would have won; the challenger's money would have dried up and commentators would have turned against him. That is the conventional wisdom. Election's done; that's a wrap. Adios, au revoir, auf wiedersehen. Good night! And let's throw in a little 再見 and さよおなら to break the Eurocentric tension.

Game-over, not do-over. That is what the pundits have tended to say the result would have been had the second debate's Obama showed up at the first.

I think they're wrong.

In fact, I am pretty certain that it would have gone badly, and that an alpha male Commander in Chief would have been panned for overkill, for not being "presidential" enough. This is not, let me be very clear, an excuse for how the first debate went, way up there in Denver's 1.6 kilometer altitude. There are many other ways to be effective (just ask incumbent Bill Clinton from 1996). Still, all but one president has failed in that first debate, even at sea level.

Is it possible that it is just not possible for a sitting present to be aggressive in the first debate? Could we then take the standard situation (he has been sheltered for four years and hears "Hail to the Chief" when he walks into a room) and make it just a supporting piece in the puzzle? I like to think of it this way:

Can we think about it this way? I think so, and that double-whammy has tanked every incumbent president since 1976—everyone except King Bill. In other words, I am not sure that there is a solution here other than being the most gifted politician in modern history (running against a great guy who was not terribly gifted). Surely, future incumbents are going to study this matter carefully, because it has turned the tide, at least temporarily, in five of six elections. To be sure, two of those five turned out not to matter in the electoral wash—Reagan won in 1984 and Bush won in 2004. In all five cases, win or lose, though, the entire tenor of the election changed after the first debate. Reagan seemed to be in deep trouble; Bush entered into real problems; Obama has been hurt badly.

That first debate matters. A lot. If I am correct, it is almost always going to be the case that an incumbent president hits his approach shot into a sand trap, while the challenger lands the ball six feet from the pin. The incumbent needs to save par; the challenger can birdie. Want another image? Norwich goes up 2-0 on Manchester United in the first half. The champion must dig down in the second to gain at least (or sometimes at best) a tie. One more? You tank on your SAT. I don't mean "not great." I mean 350 Math, 405 Verbal, and a Critical Reading score that was even lower. It is October, and your practice tests led you to believe that you would be about a thousand points higher in your cumulative score. You had better start studying right now for the December test if you want to get an acceptance letter from Your Choice College in April. Still, the SAT Board will always post both scores—the crappy one and the stellar one.

So how about the second debate? Seems like a pretty big do-over, if you ask me.

We'll wrap this up tomorrow. Hint: We aren't going to solve it—that's why it's on Round and Square; we chew on stuff here. It's all about digestion. 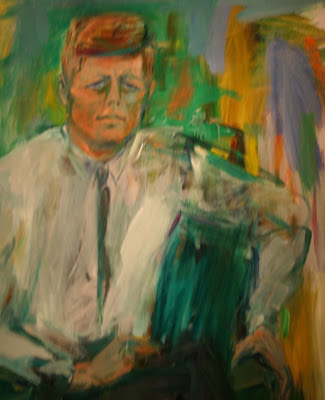