Breaking the Vessel (2)—Through the Mirror Glass 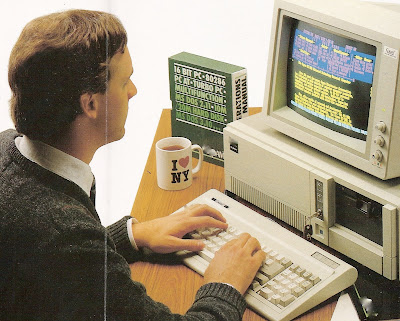 II
Through the Comprehensive Mirror Glass
After graduating from college (and having written a senior thesis on the Comprehensive Mirror), I lived and traveled for two years in China and Taiwan. The book seemed to follow me, but that doesn’t mean that my Chinese friends were eager to talk about it. Almost everyone spoke with admiration of a different historian named Sima (Qian) who lived a thousand years before my author and wrote a lucid and memorable history that is still revered today. Most people just shuddered when I mentioned the Comprehensive Mirror.

I came to learn that it was a text that Chinese readers considered both significant and forbidding. Many had been required to read portions of it in high school or college, and most people remembered the experience with at least small doses of scholastic agony. It was not until much later that I met anyone who had read the text cover-to-cover. This seemed improbable to me, and I continued to search for answers (bringing back secondary school nightmares to a cross-section of southern China in the process). I eventually came to the conclusion that it is the least-read monumental book in Chinese history. Before you jump to conclusions, though, consider the audience for whom Sima Guang compiled the text—emperors and their highest ministers of government. No wonder it strikes high school students as a tough read.

At the same time that I was learning more about the Comprehensive Mirror in its Asian settings, I became a student of business practices during a fascinating time of change. The mid- to late-1980s were vibrant years for Chinese entrepreneurs. Small businesses sought to expand in China, and firms in Taiwan began to look aggressively toward import markets after decades of focusing on exports. Even though my relevant training was in Chinese language, history, and culture, I served for a year as the advertising director of Taiwan’s (then) largest computer company, and saw some of the effects (both successful and unsuccessful) of derivative thinking in budgets, growth, and technological change.

I wondered at my company’s CEO, who saw most professional advertising as a waste of money and instead enlisted me to serve as the model in distinctly un-glossy (yet somehow Panglossian) brochures. These were aimed at Latin American and European audiences, and promised that their lives and work would be transformed by fifteen pounds of industrial plastic and processors.

I worked by day editing computer manuals and posing for pictures. By night, I studied the Comprehensive Mirror and other historical and philosophical texts. One of the first passages that struck me with its distinctly “old-school” take on hierarchy showed the adept and perspicacious chief minister Zhuge Liang (CE 181-234) taking on just a few too many “roles” to be an effective manager.

Premier Zhuge Liang was once personally reviewing account ledgers when

his assistant, Yang Yong, entered directly and rebuked him, saying: “In
governing there is a structure; superior and inferior do not encroach upon
one another.”  He continued, “I would like to use the example of household
affairs to clarify this. Now, imagine that there is a person who has his servant
till the fields, his maidservant prepare food, his rooster announce the dawn,
his dog bark away thieves, his ox bear heavy loads, and his horse travel
long distances. Each works diligently. Whatever is asked is accomplished.
With a serene expression, the master sleeps, drinks, eats, studies, and
reflects—nothing more.

“Suddenly, one day he changes course and desires to attend personally to
their labors and not delegate responsibilities to subordinates. Exhausting his
strength doing petty tasks—his body fatigued, his spirit sapped—in the end
he accomplishes nothing. How could it be a matter of his wisdom not matching
that of his servant, his maidservant, his rooster, or his dog?  Rather, he lost
sight of the method required of a household’s master…Now, in matters of
governance that are far more weighty, your Excellency personally reviews
account ledgers, sweating all day long. Is this not excessive toil?”

I was stunned. I had always admired the “hands-on” managers who weren’t afraid to get a little grease on the ol’ cufflinks and would have a beer with the workers after punching the time clock. This looked different and confusing (and disturbingly aristocratic), but I had found a new lens through which to view the business world.

This had several benefits in my work life. I began to understand my boss better, and—in a surprising turn of events—he began to understand me, as well (my Mandarin was slowly getting better, but I still credit the Comprehensive Mirror for the largest changes). I continued my attachment to the idea of knowing a business from the mail room to the board room, but I began to attune myself to the nuances of hierarchy.

When I had been living in Taiwan for well over a year, I had decisions to make. I flirted with an opportunity to work in the growing import market in Taiwan by using my Chinese, French, and English language skills to import wines from Bordeaux and the Napa Valley. Travel, management, foreign languages, and wine—it looked appealing. After a great deal of thought, I decided that I would take some of those same skills to academia. In turn, I would devote much of my subsequent historical study to questions of management, for I was coming to learn that managerial thinking lay at the very heart of China’s great historical writings, and that almost all of my academic peers had failed to see it.